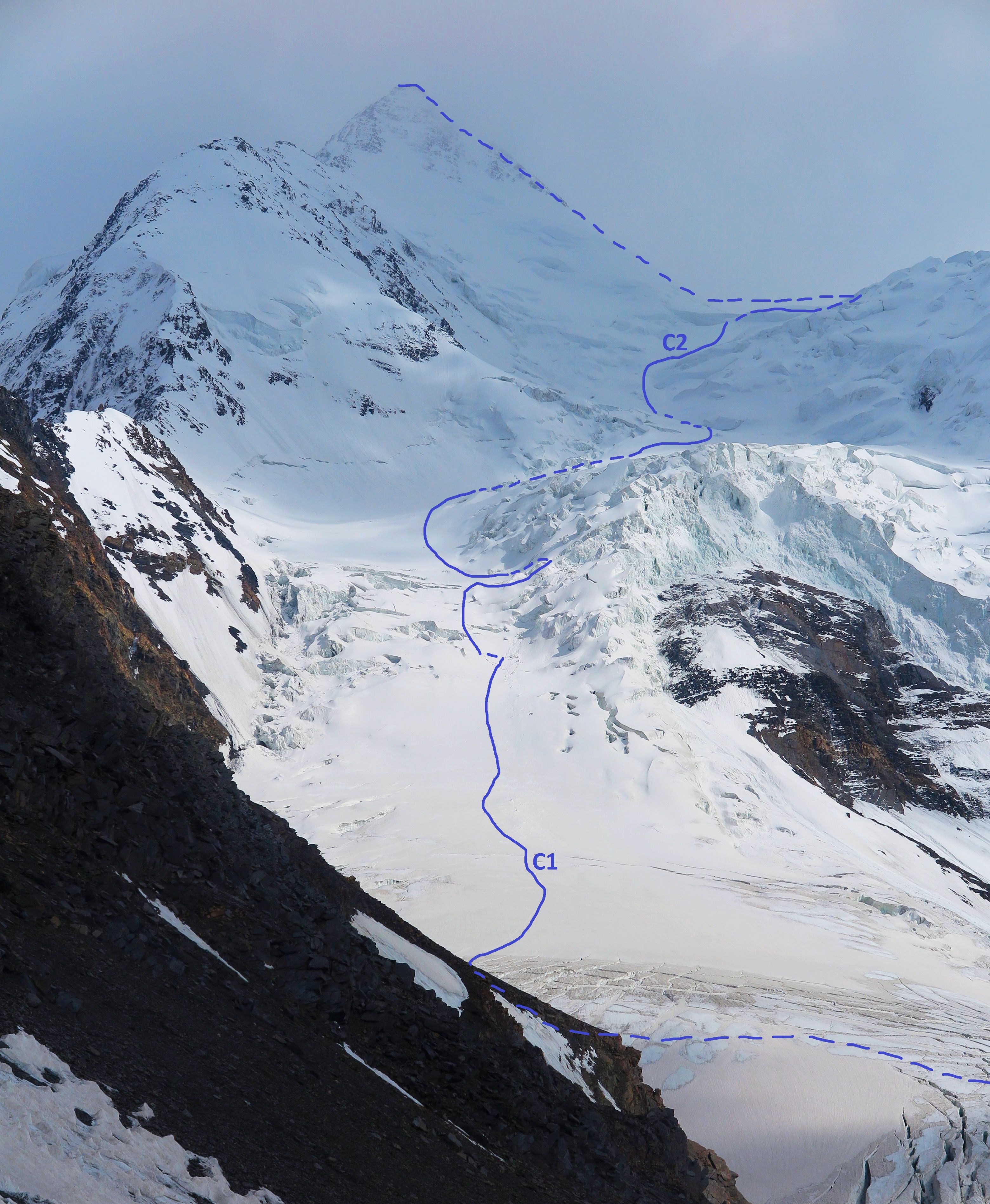 On August 9th 2016 the summit of Kohe Tez (7015m according to Jerzy Wala) in Afghan Hindukush was reached after at least thirty yeays of absence of mountaineers in this region. The peak was climbed for the first time in 1962 by Polish expedition members J. Krajski, K. Olech, A. Pąchalski and M. Bała. After Soviet invasion in 1979 the mountaineering activity in that region declined and after 1983 was stopped for a long time. In recent years the tourist and mountaineering activity in Wakhan has been increasing, but there is no information about any climbs in Urgūnte Bālā valley region. This summer Kohe Tez was summited by the team of three Poles: Arkadiusz Baranowski, Aleksandra Dzik and Robert Róg and one Russian: Oleg Obrizan. Most of members had experience of climbing in Hindukush, in winter 2014 they attempted to climb Noshaq (7492m).
On July 26th our expedition reached the village Urgūnte Bālā in Wakhan Corridor. After 2 days of trek, supported by porters and donkeys, along Urgūnte Bālā valley, we set a base camp at about 4450m. In BC and above we stayed alone and did not use any support. During the acclimatization ascent on the slopes of Kohe Tez between July 29th and August 2nd we set 2 camps. Camp 1 was placed on about 5300m on the mild part of the slope, which above leads to the barrier of seracs. The area is relatively safe as seracs fall to the precipice on the right side of the barrier, but during our second ascent several small pieces of ice rolled very close to camp I, so we moved tents to the safer place. After finding the route through the barrier, which is not difficult and did not need to be fix-roped, we chose the route leading through the „back” Southern side of the peak as the first summiteers did. The other route through the ridge seemed to be unstable. We set camp II in the place safe from seracs at about 6150m.
After few days of rest in BC we started our summit push on August 6th. Three days later we left C2 about 2:40AM. The first part of the route was dodging through the labyrinth of seracs. The biggest of them, with characteristic stripes, can be evaded at the right side with no serious climbing difficulties and no need to use fixed ropes. After passing a big plateau on about 6400m we started climbing straight ahead the mostly snowy/icy slope leading to the peak. Its steepness is about 40 degrees, in the last section more. The closest to the summit, the more rocky the slope is, and the last part of the route is a mixed ridge turning into big cornices, which hang also from the summit crag. We reached the summit at about 1:30 – 1:40PM.
During our summit day it was lightly snowing all the time, and the visibility was not very good. We descended the same route. While in the higher part the avalanche risk was growing the, lower the weather was sunny and many new crevasses got opened. We reached the BC on August 10th.
On August 13th and 14th we made a reconnaissance trip to Sathai Krakow plateau at about 5250m from where we could see Akher Čhagh (7020m). Another peak, also previously famous and later abandoned by climbers, is Kohe Urgūnt (7039 m) which we could see even from BC. Our photos of peaks show how their walls and climbing conditions have changed due to climate warming.
Aleksandra Dzik
BluEmu Team